The Renault group recently announced the development of a very high-efficiency bi-directional on-board charger for electric vehicles. This charger will reduce energy loss and charge the car battery faster. It will also be bi-directional and will also allow the connected car to inject energy from the battery into the grid.

If the battery remains the central element of the electric vehicle, its charger is also of great importance for an optimal driving experience.

At the beginning of the electric car, the charger had only the role of charging the car’s battery. These chargers gradually became more compact and allowed to deliver record charging powers to charge electrons as quickly as possible. In particular, the Chinese manufacturer Nio is working on a terminal with a charging capacity of up to 500 kW and 660 amps. This technology is expected to arrive in March 2023 and will allow a large car like the ES8 Prime to be refueled in just 12 minutes.

Xpeng also introduced terminals reaching 480 kW last August. In France, it is Lidl that currently offers the most efficient charging points with a capacity of 360 kW. Fastned also announced a partnership with EVBox to offer 400kW terminals. Competing with Circontrol, these will be built first in the Netherlands.

On Renault’s side, we’re not necessarily dazzled by the charging power of its cars, even if they’re less opulent than the Chinese manufacturer’s recently announced cars. Renault Megane E-Tech can be recharged Up to 130 kW It’s the biggest battery available in its top-of-the-line, 60kWh model, which pretty much matches the EV60 version.

Renault is also working on a new type of “slow” charger in collaboration with the CEA (Commissioner for Atomic Energy and Alternative Energies), and today it gives us some interesting details. For this type of charging, chargers are connected directly to the car, not to the terminals. This is what we see in the technical data sheets, which appear under the term “alternating current charging”, with powers generally ranging from 3.7 to 22 kW.

Engineers have focused their research on so-called “Grand Gap” semiconductor materials, whether Gallium Nitride or Silicon Carbide. Thanks to this new architecture based on “Grand Gap” components, energy losses during conversion are reduced by 30%and, accordingly, the heat facilitates the cooling of the conversion system.

But what are energy losses? about kWh loss at electrical unit, terminal, on-board charger and battery level. These losses can be cumulative, and a 2020 German study by ADAC also noted that manufacturers do not take these losses into account when calculating consumption, resulting in financial losses for the user. .

In other words, if you charge 50 kWh of your electric car’s battery at home, your energy supplier can charge you 60 kWh. This is what happens when your onboard charger loses 20%. The approved WLTP consumption takes into account its losses, unlike the traditional consumption sometimes announced by manufacturers. 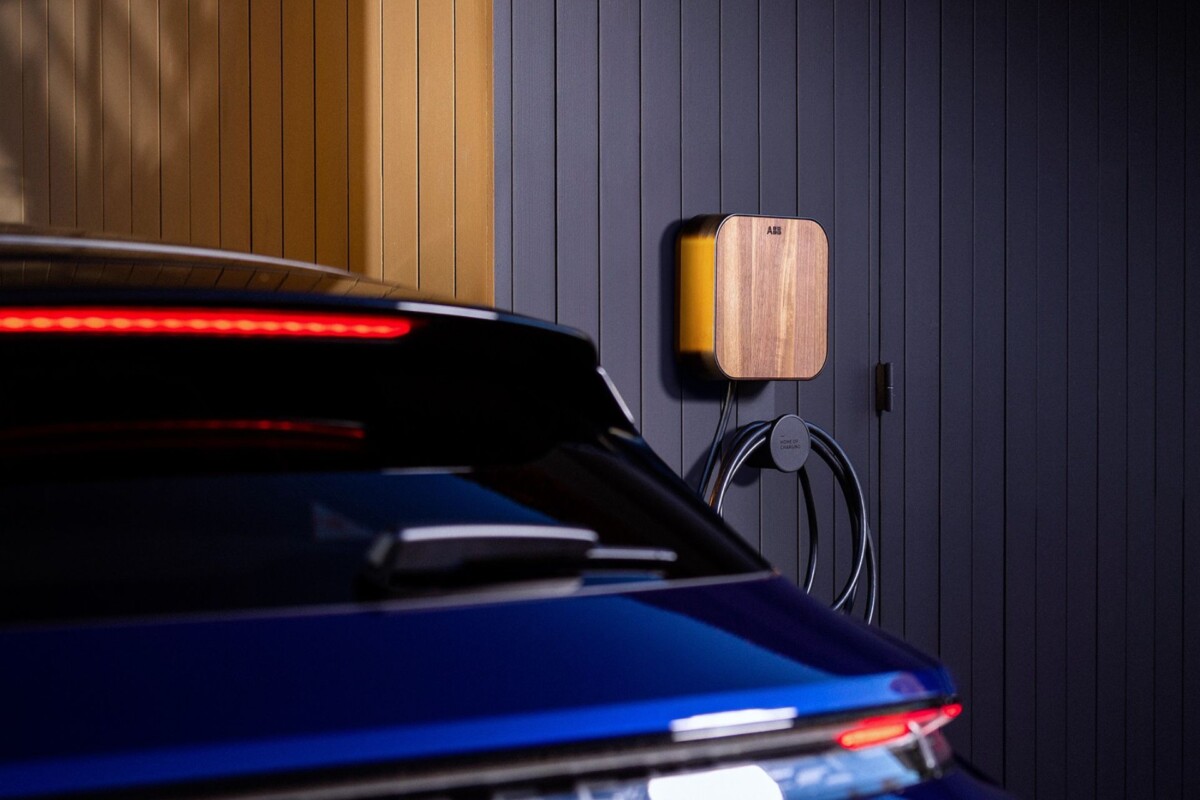 The federation is particularly urging manufacturers to improve efficiency of charging systems. It was at this point that Renault worked, as the study then pointed fingers at the poor results of the Renault Zoe, with a loss of between 18.4 and 19%, 10 below Koreans such as the Kia e-Niro. %, but also 25% away from bad students like the Tesla Model 3 Grande Autonomie.

Thus, engineers worked to optimize the active (semiconductor) and passive (capacitors and inductive components) components, which made it possible to significantly reduce the size and cost of the charger. So this new architecture suggests load capacity up to 22 kW in three-phase mode, which allows you to charge your car faster, guaranteeing the durability of the battery. This is great information today because most models are limited to loads up to 11 kWwith few exceptions and most of the time it is an option.

Redistribute stored energy into the grid

This new charger can also be bi-directional, meaning that the energy stored in the battery, e.g. sent back to the grid or used to meet the energy needs of an autonomous home (if it is equipped with a two-way meter). It’s literally V2G technology.”car to network“.

Thanks to this technologycar to network» a car battery can be charged and discharged depending on various factors such as nearby energy production or consumption. Installing a two-way charging station is also important. 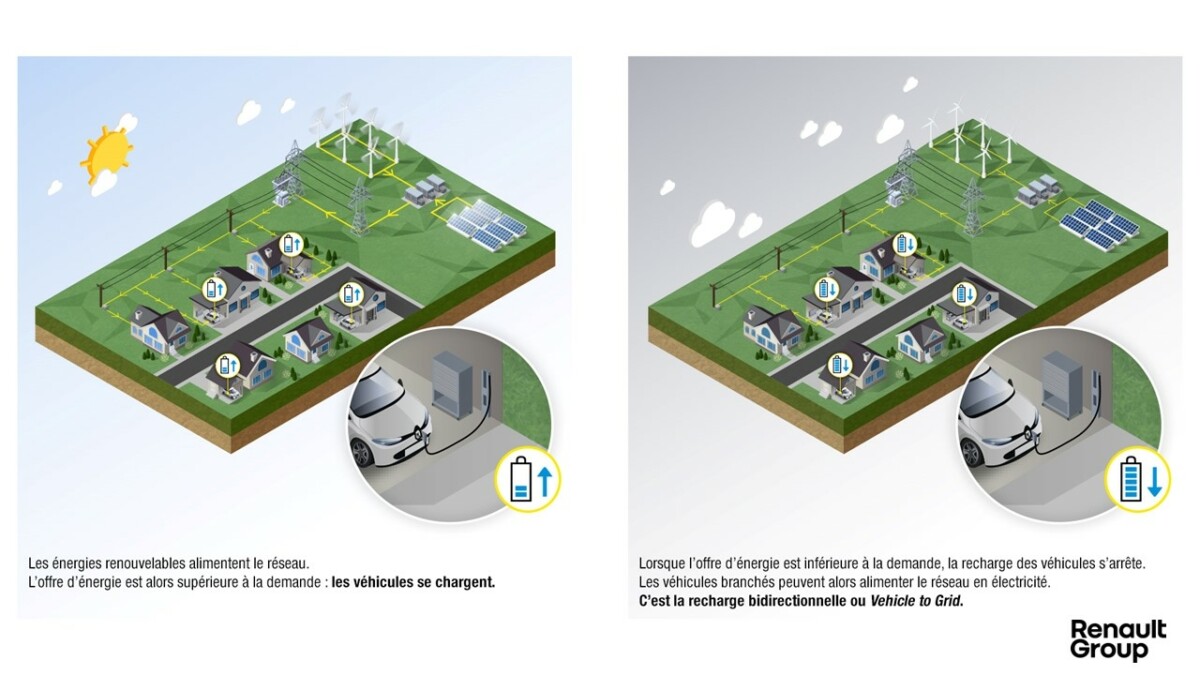 How does this translate in practice? For example, in case of peak energy production, vehicles equipped with V2G technology can store extra energy in their batteries and so restore power when the grid needs it. For example, the Nissan Leaf already does this. A bit like the virtual power plants of Tesla and Nio.

This technology should be implemented by Renault before the end of the decade and of course new generation electric car. Thus, the new electric Renault 5 and 4L coming in 2024 and 2025 should not yet benefit from this system.

Nissan Leaf is a fairly common electric car in Europe. It’s also one of the few cars in the US with two-way charging. Nissan announces the possibility of connecting car to car…
Read more

Help us build the future of Frandroid by answering this survey!