Released in 2017, “Hello Neighbor” managed to deceive with its original proposition: try to infiltrate your neighbor’s house and find out what he is hiding in the basement. Other than that, it quickly turned fantastical with huge and impossible corridors lined with activation mechanisms in all directions. Five years later and several spin-offs later, it’s a direct sequel in a seemingly more open and terrestrial world. Unfortunately, the promises of an open world and super-intelligent AI seem to have not been fulfilled, and the rather strange economic model has completed the anger of fans of the first opus.

Hello Neighbor 2 seems to pick up after the first one ends. If you haven’t played it like me, the intro video gets you in the mood within seconds: you’re investigating the disappearance of children and you’re approaching the famous neighbor’s house. from you. As you try to escape, you crash right into the warehouse next to you. It acts as a tutorial and allows you to input different elements of the game. Then after some shoveling in the face, the story begins.

The developers promised an open world, so they modeled the entire village. Indeed, we can walk the streets, but they are completely empty, there is no life! Only the location of the current request offers interaction. If we want, we can go back to the previous house where we solved puzzles, but this is completely uninteresting. Indeed, the game revolves around buildings as many independent levels that unfold in a certain order as our explorations progress. It’s up to you to investigate them in sequence while avoiding the vigilance of their guardians. For example, the police will come to the neighbor’s house, the confectioner to the teahouse, and even the neighbor himself after a while. Hello Neighbor 2 is therefore a linear game, but this is not a negative.

Not being a huge fan of horror games – and that’s a compliment – I nevertheless enjoyed the game that used certain codes. However, being able to run away fairly easily, or just being thrown and not eaten, must have something to do with it. I also really liked the puzzles based on collecting objects in the level, observing certain elements, even activating mechanisms. I had a lot of fun discovering how to consistently access new rooms by finding a key here, a cube there, or using an adjustable key. The movements of the character are also quite pleasant, because we are quite fast and can easily climb anywhere.

If you want to know more about the story while making the DLC, this is a miss. These are two big cards that are completely disconnected from the main game and bring nothing to the scenario. Plus, the end of the levels are pretty disappointing, if not just wrong. On the other hand, in the second parts we have absolutely fantastic parts, a little more like what the first game offered.

One aspect that is generally criticized is the amount of content. Unlike me, who discovered the game mechanics, the players of the first title did not find much to put in their mouths: they folded the main story in two hours. Buying the two DLCs for 15 euros each, or 20 euros for my good lady, did not bring them more than an hour of play. However, it is possible to spend for a novice who depends on the universe. more time to figure out how everything works. For example, I spent over six hours on the main content and only three hours on the DLCs.

Let’s go back to these two additions: one level in the school and the other in the library. I’m purposely ignoring the flying camera DLC which is kind of spitting in the mouth of anyone who wants to buy it separately. These two buildings are decorated from the main game and can only be accessed through the menu. On the other hand, you have to do these levels at once or you will have to start all over again. Indeed, unlike the rest, progress is not maintained. Also, while I’ve never had any issues before, blocking errors and crashes have forced me to replay the DLC multiple times, which is particularly infuriating. This is a design flaw which means that only half of the game is finished, and in addition, the part that should be in the main game is sold separately. Admittedly, we can say that the deluxe version at €50 is the full version, but these last two levels are not well integrated. Having the Xbox Game Pass version, buying a €20 bundle for two DLCs mostly disappointed me.

Promises bind only those who hear them.

Another bug, another reason to hate the game: often enemies get stuck in the door, making the game too easy, leaving the player free to explore the buildings without any restrictions. Again, it will depend on how everyone feels, because it wasn’t something that bothered me too much. I wasn’t a fan of horror games, but I was more of a puzzle fan, taking my time and being able to do what I wanted was even pretty positive for me. Even without this bug though, after a few puzzles it’s quite easy to escape your opponent by running the hell out of the level. Indeed, contrary to what has once again been announced, the term “exploration” here refers to how much fun it can be for the AI ​​to stay in Fleury-Mérogis… Apart from its little routines that evolve as we progress through the levels. , our competitors are content to go where they see or hear us. Then it is very easy to deceive them and they will never surprise us. 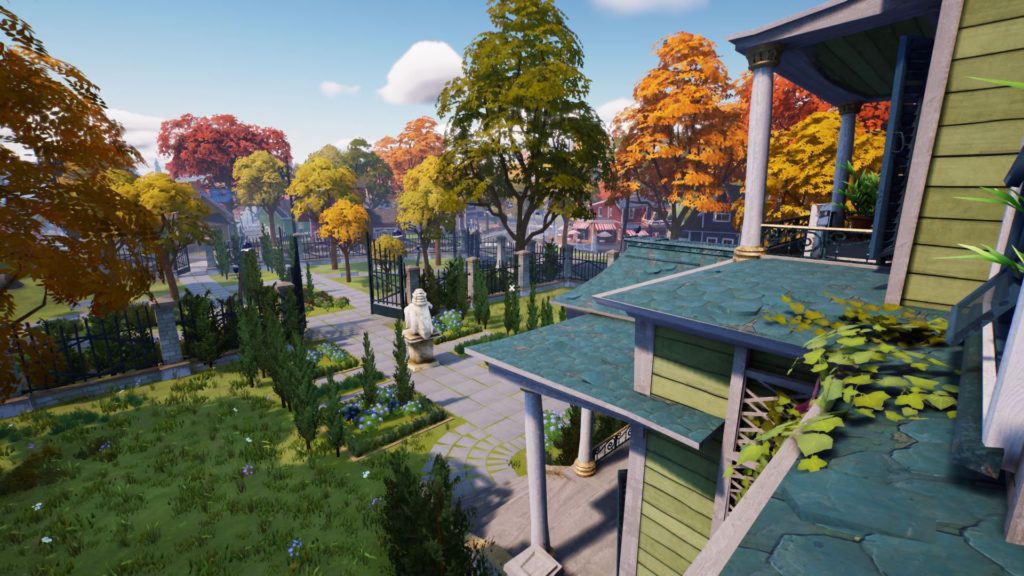 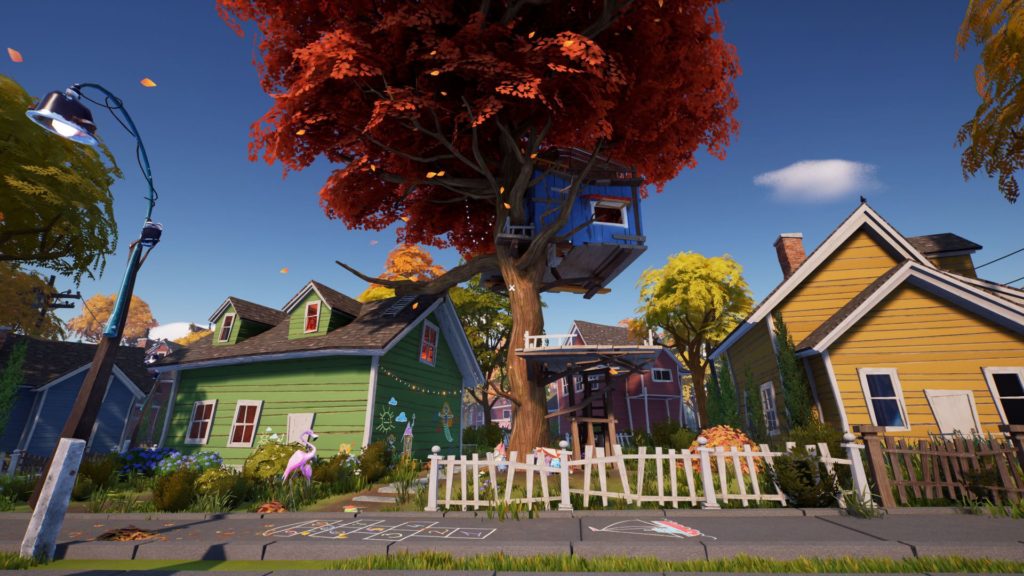 There is no dispute about the artistic direction, it is really successful. It’s close to cartoonish, and while it’s pretty simple, it’s really cool. Little details left and right are pretty funny, all the words written in out-of-order letters or things in places that don’t fit together contribute to the atmosphere of the title, which is decidedly absurd and comedic. But these small burlesque elements rub shoulders with slightly gloomy passages once or twice, when close to the “room” of the sobbing child, it strongly recalls the theme of the sequestration of children, a little less joyful. You don’t see it often, but it really clashes with the rest of the production, which is lighter. Technically, it works pretty well, my laptop RTX 3060 shot 4K at 60fps.

For some, and maybe most, Hello Neighbor 2 is a dark dud: it’s not a real open world, the AI ​​is terrible, there are huge bugs, not enough content and DLC first day it’s an insult to the players. Nevertheless, in spite of these a little cons, in the end I really enjoyed the experience. This is partly due to the successful atmosphere, fun and varied puzzles, and probably also because I haven’t played the first game… If you are like me and love puzzles, give it a chance to have one too. great time.