Scientists at Columbia University will try to create robots that are conscious, can learn and adapt to situations in real time. It also means that they will be able to self-diagnose their problems and correct their mistakes. Researchers also believe that conscientious robots could help humanity cure cancer and other hard-to-treat diseases in the future. Thus, artificial intelligence may be the next frontier in robotics, but it comes with a number of tough questions and many challenges.

Over the past three years, companies specializing in artificial intelligence (AI) have consistently pushed the boundaries of what can be done in the sector. Evidenced by recent language models such as DALL-E 2, Midjourney AI, ChatGPT, GPT-3 and Stable Diffusion. These AI systems are impressive, but for some industry experts (mainly chatbots and image generators), they are still far from representing the final frontier of robotics. The next step? Consciousness is something that some scientists will quietly work on.

Hod Lipson, a mechanical engineer who heads Columbia University’s Creative Machines Laboratory, said in an interview with the New York Times (NYT) that he has been doing this work for about 20 years. He noted that this topic used to be taboo, but now more and more people are willing to discuss it openly. This topic was taboo. We were almost forbidden to talk about it – ‘Don’t mention the C-word, you won’t get the job’ – so I had to hide it at first, pretending it was something else, she says. By using the “C” word, Professor Lipson is certainly referring to the word “consciousness”. 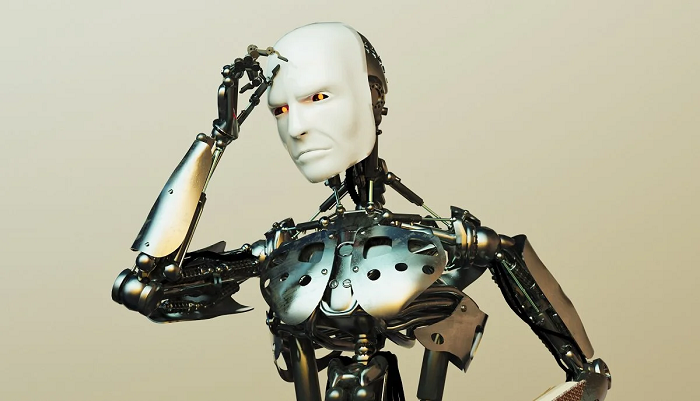 The question of consciousness arises in many fields outside of robotics, including psychology, neuroscience, and philosophy, so creating conscious robots will not be a simple task. If for some the prospect of machines equipped with an artificial conscience is worthy of science fiction—and it’s the plot of countless science fiction books, comics, and movies—for others, like Lipson, it’s certainly the goal. change human life as we know it forever. This exemplifies the level of integration of robots into our lives.

According to Lipson, as we become more dependent on machines, an honest robot will become increasingly important. Today, robots are used in surgery (like Da Vinci’s robotic surgeons), food production, transportation, and all kinds of factories. The applications of machines seem practically endless, and once they enter our lives, any mistake in their operation can be catastrophic. We will literally give up our lives to a robot. Wouldn’t you like these machines to last? Lipson said.

One way to do this was to take inspiration from nature. Animals, especially humans, adapt well to change. This ability may be the result of millions of years of evolution, as resilience in response to injury and environmental changes generally increases an animal’s chances of survival and reproduction. Lipson wondered if he could replicate this kind of natural selection, creating a form of generalizable intelligence that could learn about his body and its function.

This is a question, not just another research question we are working on. More important than curing cancer. If we can create a machine equal to human consciousness, it will interrupt everything we do. The researcher said that this device can cure cancer itself. Consciousness is one of the most controversial issues in artificial intelligence, but beyond the technological challenge of achieving this goal, the word itself is philosophically, vaguely, and subjectively defined. Which makes things difficult.

In turn, Lipson has a unique definition of consciousness, namely the ability to “imagine oneself in the future.” Thus, the engineer devoted a large part of his career to adaptive machines, that is, generalized intelligence that can learn to evolve through machine-learned natural selection and thus respond to changes in the environment. errors or injuries in the mechanical body. In other words, Lipson is trying to build a machine that can learn more and adjust itself accordingly, just as machines do today.

Next, Lipson wants him to visualize how he can be better and grow from that vision. It’s a small difference, but an important one. From toasters, to pets, to vegetables, and more, people use them. This trend is extremely present in the fields of robotics and artificial intelligence, where machine builders continuously project both physical and intellectual human characteristics into the devices they create.

And to that end, it’s always useful to ask whether these machines really have the qualities that researchers like Lipson think they will one day have, or whether scientists project their own human impulses onto humanity—either nature or consciousness. , or whatever – in very unconscious machines, they return what they want to see, not what they see. There is too much pride in the desire to create life. This is the ultimate challenge, like going to the moon,” Lipson said. In addition, building robots with integrity also has moral and ethical implications.

Will they have rights like in Bicentennial Man? This 1999 science fiction film follows the life and development of Andrew, a robot bought as a household appliance. Each of the children in the house reacts differently to the presence of the newcomer. Grace, the eldest of the family, mistakes the local robot for a tin can and orders it to jump off the first floor. But when Andrew begins to experience emotions and creative thoughts, the family quickly realizes that they are no ordinary robots.

The film is an adaptation of the literary work of Isaac Asimov, a former Russian-American writer and professor of biochemistry at Boston University. He is also known for his popular science books. Isaac Asimov wrote several novels, including I, Robot, that explore consequences from the perspective of law, society, and family, and raise many moral questions. As scientists like those at Columbia University’s lab work to create smarter machines, technology ethicists have explored and explored these questions.

Science fiction has brought us Terminator-like killing machines, and sentient robots seem like a good way to get them. Humans can learn bad ideas and implement them, and there’s no reason to believe that robots won’t fall into the same trap. Some of the greatest minds in science have warned of the risk of dabbling in artificial intelligence. However, Professor Lipson firmly believes that society is moving towards a mechanized future. But still, Lipson says, there’s no way to avoid it.

We already have Internet of Things devices integrated into common household appliances that can create shopping lists, monitor intruders, and even let your pets communicate with you. Conscious robots are inevitable, and they will be friends with Alexa and Siri, he said.

The Creative Machines Lab is already said to be developing machines that are self-aware and can draw their own pictures and simulations. One of them could even recognize himself in the mirror. However, the next step is for these machines to imagine themselves in a future situation and see how that situation might affect the task they are performing or disrupt their future activities.

How do you feel about the topic?

Do you think honest robots will ever see the light of day?

If these robots become a reality, what are the consequences for society?

What do you think about the difficulty scientists have in reaching a consensus on the definition of consciousness?

Do you think the lack of consensus on the definition of consciousness ruins the chances of one day seeing a conscious robot?

Artificial intelligence: the robot shows signs of self-awareness as a result of a test conducted by researchers

According to a study by German researchers, it will be difficult to turn off a robot that begs people.

Robots may be superior to humans, but can they sense touch? Scientists are developing robotic skin that will help machines learn the sense of touch