Usually, cars have two different processors (also called SoCs): one that handles all driving-related functions (such as driving aids), and one that takes care of the infotainment system. The American giant Qualcomm, the main rival of Nvidia and Intel, intends to change the situation with a new SoC called Snapdragon Ride Flex.

Unveiled at CES 2023 in Las Vegas, this new platform should allow automakers to design and then build connected and autonomous vehicles at a lower cost and faster than they do now. The new Snapdragon Ride Flex thus makes it possibleuse only one processor for all car features.

It’s not necessarily a first-of-its-kind solution, but where Qualcomm stands out is its turnkey solution offering. the hardware and software part is ready to be deployed. Automakers then simply need to adapt the software to their vehicle’s needs. It could also reduce semiconductor shortages, thus shortening delivery times for new cars.

By dividing the number of chips used in a car, carmakers dramatically reduce the risk of stopping production to wait for the delivery of a component that blocks the entire chain.

From video games to autonomous driving

In practice, the Snapdragon Ride Flex will be able to handle many functions. We’re obviously thinking about sensors that will send their data to it, and driving aids (and even 100% autonomous driving) thanks to Snapdragon Ride Vision technology. Then it could be cameras placed all over the car, but also radars, ultrasonic sensors or the brand new LiDARs. 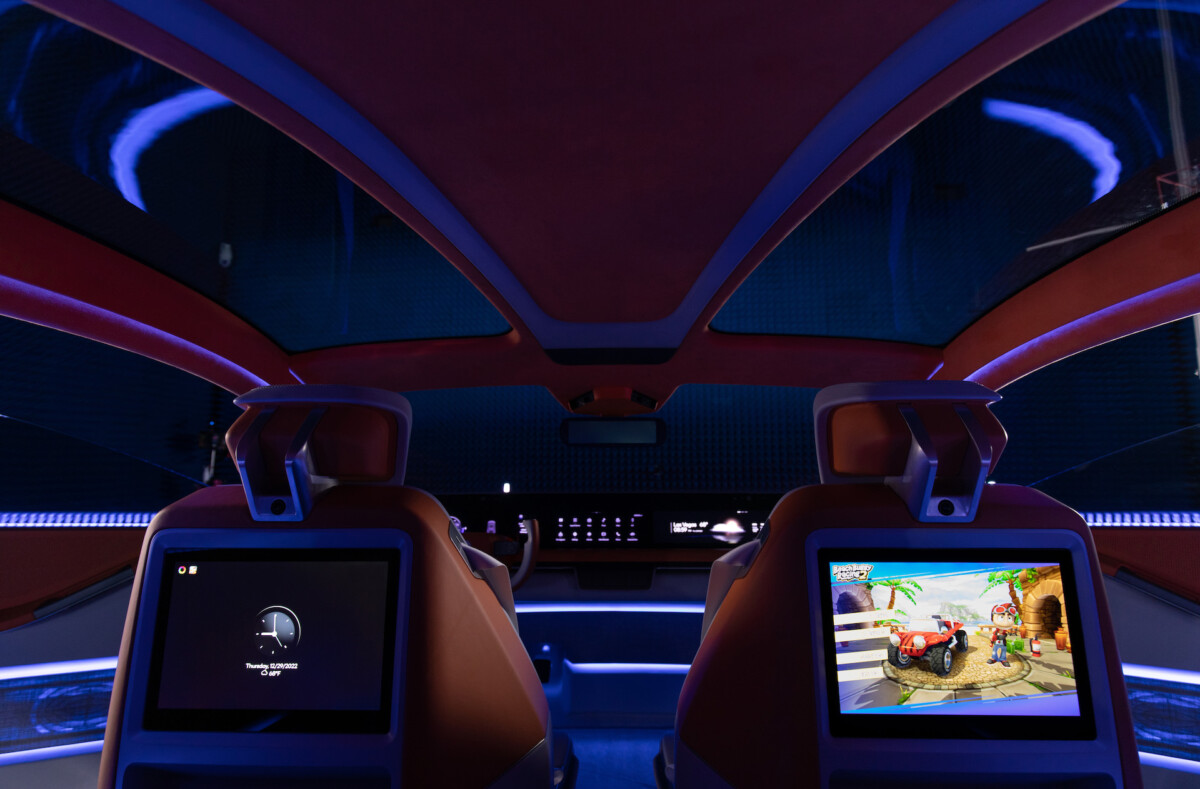 The Qualcomm chip will also be able to handle the entire infotainment part (infotainment), launch a video game on the home screen to display a GPS map, or even watch a movie and listen to music.

What are the risks of driving?

This is one of the reasons why car manufacturers use different chips for each purpose it’s about security. What’s worse than a Netflix video on full speed on the highway that crashes the entire system and renders the car useless? Qualcomm promises it won’t happen, thanks to secure partitions.

Thus, as can be seen from the image below, each part of the system (drivers, instrument cluster, infotainment system, etc.) will have its own instance in the form of a dedicated virtual machine. 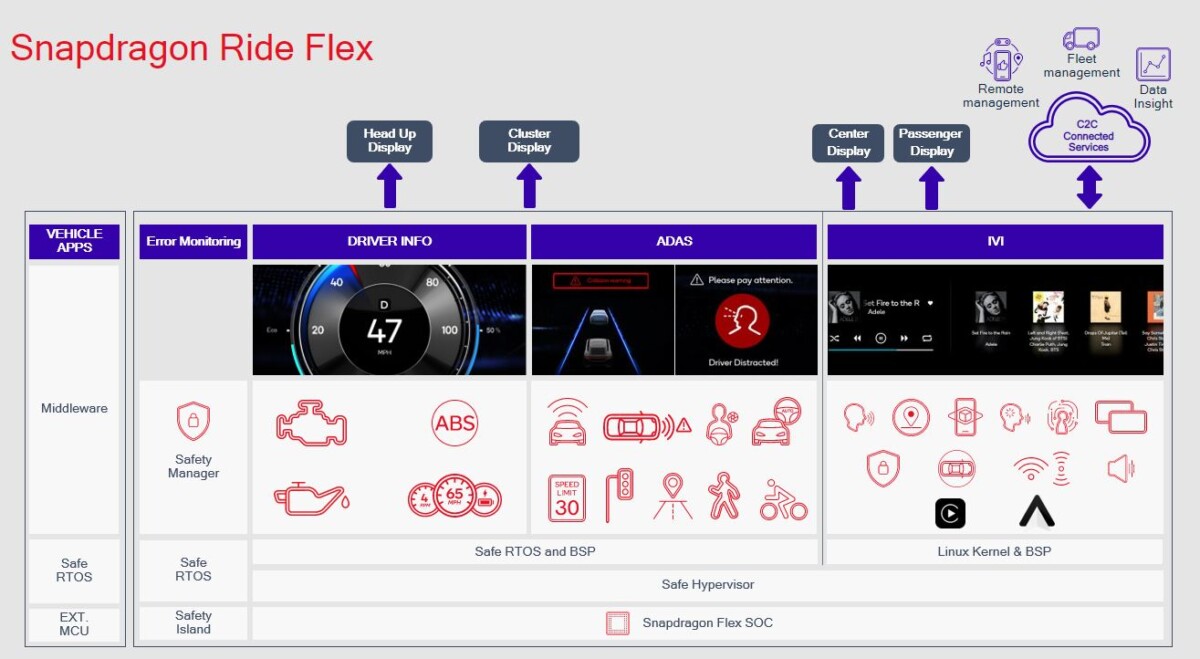 It will even be possible to run several operating systems at the same time. So if the infotainment OS crashes, it won’t affect the autonomous driving or the instrument cluster.

As always, Qualcomm offers turnkey solutions for manufacturers to design autonomous, connected and intelligent vehicles. The American company notes that it is working hand in hand with BMW on the design of level 3 autonomous driving. At the moment, only Mercedes can do it in Europe with 100% electric S-Class and EQS.

This new solution from Qualcomm was unveiled at the same time as the Digital Chassis Concept Vehicle. This concept car electric car allows the American giant to show its vision in a car.

The Snapdragon Ride Flex has already been produced in very small quantities to allow automakers to test it. The Mass production is currently planned for 2024. Therefore, we should find the first electric cars equipped with this chip in circulation from the end of 2024.

At the CES exhibition in Las Vegas, the American company Nvidia presents the integration of GeForce Now, a cloud gaming service, into the cars of several major manufacturers. Among them are Hyundai, BYD and Polestar. How to compete…
Read more