This has almost become a tradition for Asus. At every CES, the Taiwanese giant presents a new family of gaming computers bearing the seal of ROG (Republic Of Gamers). In 2023, the manufacturer does not revolutionize the genre, but integrates the latest technologies available to offer an optimal mobile gaming experience.

Among the major improvements integration of new 13th generation Intel processors or AMD Ryzen Zen 4, gives more power. Combined with GeForce RTX 40 Series graphics cards (the highest for portable machines), the latest ROGs are designed to use maximum computing and graphics power to satisfy the most demanding gamers.

Who says power says heat. So Asus has also improved its cooling technology Smart Cooling. The heatsink is bigger, and the Tri-Fan technology (three fans instead of two) introduced last year with the ROG Flow X16 is being extended to more models. In some versions (eg ROG Zephyrus M16 2023), the cooler even covers the entire back of the chassis.

To take advantage of the graphics quality and performance of ROGs, Nebula screensa (a label created by the brand in 2022, specifying tiles that meet strict criteria for display, colorimetry and fluidity) also applies to more models (from 13” to 18” format).

Historically, the Strix SCAR series has represented Asus’ best gaming laptops. Therefore, the brand had to be updated by introducing the latest technologies in its most premium models.

ROG Strix SCAR 16 and ROG Strix SCAR 18 It accommodates 16” and 18” screens in 16:10 format, respectively. The smaller of the two packs an HDR-capable Mini LED panel with QHD resolution and a 240Hz (Nebula-certified) cooling rate.

Therefore, both models have an extra large cooling unit and a new cooling system with Tri-Fan technology to prevent the spread of processor heat. 13th generation Intel Core i9 and NVIDIA GeForce RTX 4090 graphics card.

In addition, the ROG Strix G16 and G18 are also getting better. Now equipped with a 13th generation Intel Core i9 processor, they can also accommodate a GeForce RTX 4090 graphics card. 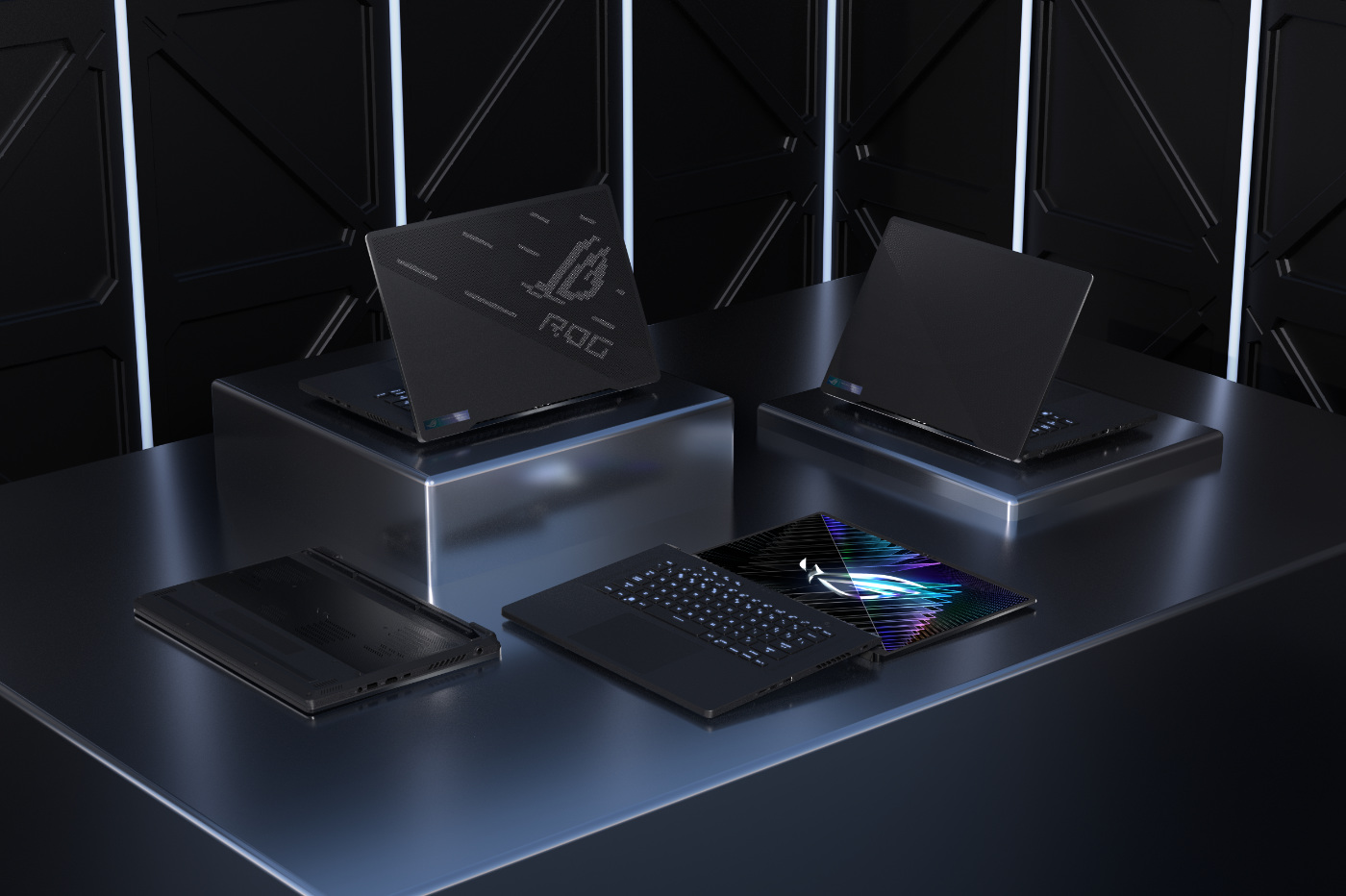 The Zephyrus range is also updated with new, more powerful models. This family is designed to combine strength, design and portability. Enough to satisfy even the most mobile gamers.

In 2023 ROG Zephyrus M16 therefore adopts the aesthetic codes of its predecessors (thin and light). This year, it welcomes an Intel Core i9 processor, a GeForce RTX 4090 graphics card, as well as Tri-Fan technology and a new cooling system. First of all, this is the first 16” device equipped with ROG emblem AniMe Matrix LED lighting.

Everything is accompanied by a 16″ Nebula HDR QHD display based on mini LED panel With a refresh rate of 240 Hz.

The ROG Zephyrus G16 also has a 13th generation i9 processor, but has to be “satisfied” with a GeForce RTX 4070 graphics card. The G14 is eligible for a GeForce 4090, but packs an AMD Ryzen Zen 4 processor.

Finally, the ROG Zephyrus Duo 16 surpasses all this beautiful world with its dual-screen design. The first is based on a 16” Mini LED touch panel with 4K resolution. It has AMD Ryzen Zen 4 processor and GeForce RTX 4090 graphics card. 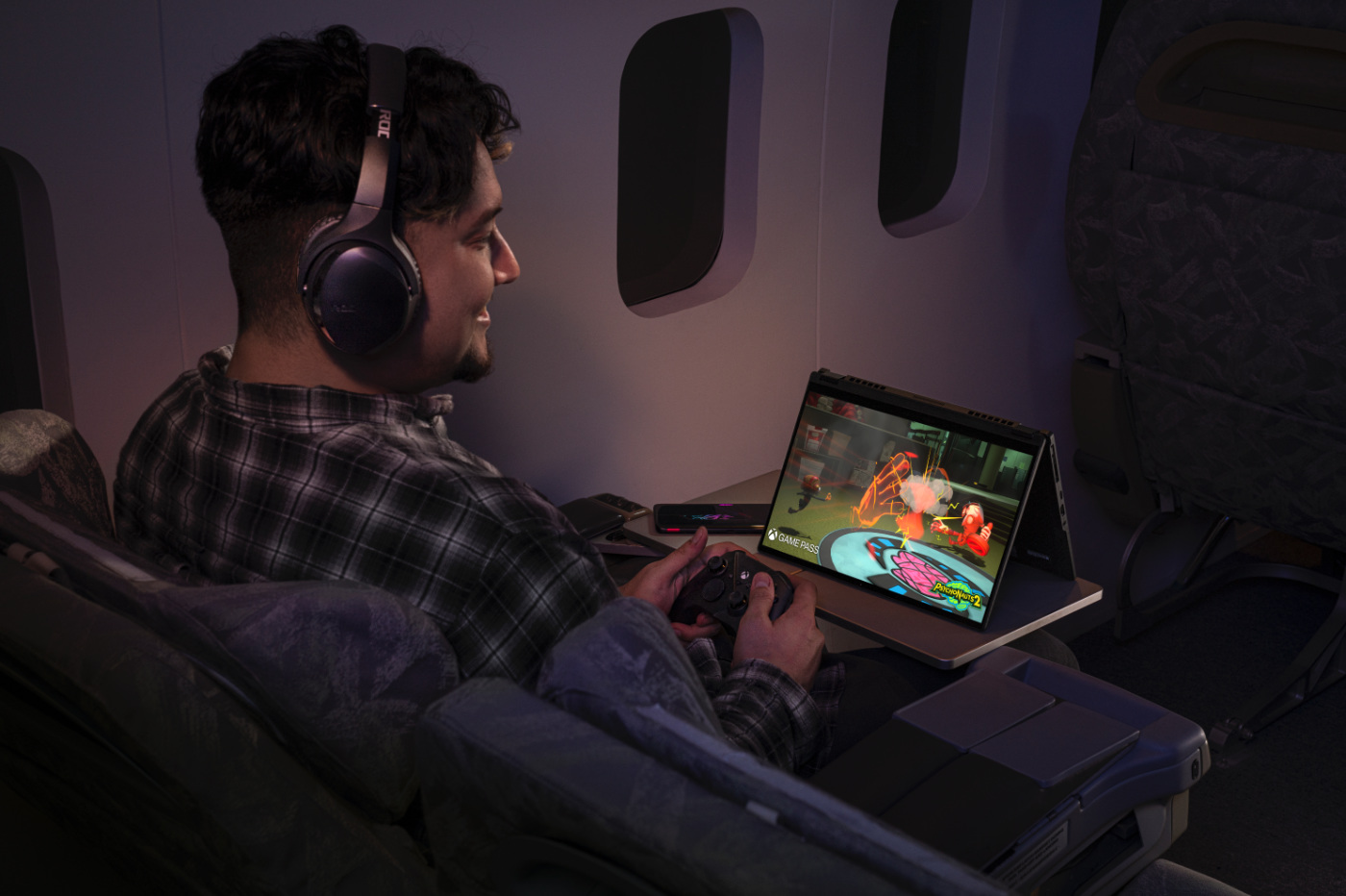 The ROG Flow Z13 has a notably less muscular configuration GeForce RTX 4060 graphics card but it has the same screen. ROG Flow X16 has an Intel i9 and GeForce RTX 4070, as well as a Nebula HDR Mini LED display (240 Hz).